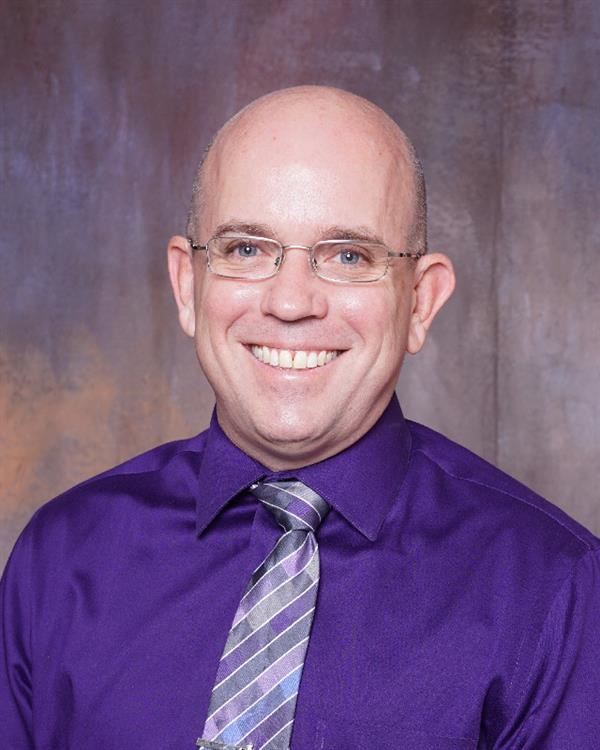 Mr. Brian Hollett has been teaching at Redlands East Valley High School since 2015. He has previously taught in East Los Angeles at Wilson High School in the community of El Sereno for five years. Mr. Hollett received his Bachelor's of Music in Education from the University of Redlands in 1994. During his time at the university, he played horn in many different ensemble to include, University Orchestra, Wind Ensemble, Pit Orchestra for the musical: "The Mikado", and a woodwind octet.  After graduation, he enlisted in the United States Marine Corps in 1995 as a horn player. Upon graduation from Basic Training in San Diego, he entered Marine Combat Training at Camp Pendleton in Oceanside, California and received a Meritorious Mast for his outstanding efforts during this training. In Norfolk, Virginia, he completed a six month's course at the Naval School of Music. His first duty station was at Marine Corps Air Station at Belle Chase, New Orleans, Louisiana. His second enlistment started in 1999 after completing the Arranger's Course in Norfolk, Virginia was in the Kaneohe Bay, Hawaii. During his tour in the Marine Corps, he served as Platoon Sergeant for the Band as well as Pistol and Rifle Coach. He has traveled around the United States performing for the public, military and civilian dignitaries, and foreign ambassadors as well as exotic locals such as American Samoa, South Korea, Eritrea, Saipan, and Kuwait. In 2005 Mr. Hollett returned to the University of Redlands to earn a Masters in Music: Horn Performance and his California Teaching Credential. He performed in many ensembles during this time to include playing with the Redlands Symphony Orchestra for two seasons and earning a spot in the President's Honor Recital as a soloist. In 2003 he enter the Air National Guard Band and has been a member ever since. Every summer he travels the country playing for the public and telling the story of the Air Force, and the Air National Guard.

Having been the beneficiary of many great teachers, Mr. Hollett is inspired to give back to another generation of aspiring musicians and is excited to create performance experiences for his students. He teaches instrumental music at Redlands East Valley to include: Marching Band, REV Instrumental Ensemble, String Orchestra, Symphonic Band, Wind Ensemble, Pit Orchestra for the musicals, Jazz Band, Wildcat Brass Band, and Full Orchestra. His ensembles have earned many accolades.